IMDb: 7.8 1964 139 min 2158 views
The movie combines a diverting story, songs, color and sequences of live action blended with the movements of animated figures. Mary Poppins is a ...
ComedyFamilyFantasyFeaturedMusic

The Sword in the Stone

The Sword in the Stone

IMDb: 7.2 1963 79 min 730 views
Wart is a young boy who aspires to be a knight’s squire. On a hunting trip he falls in on Merlin, a powerful but amnesiac wizard who has ...
AnimationFamily

Jason and the Argonauts

Jason and the Argonauts

IMDb: 7.4 1963 104 min 609 views
Jason, a fearless sailor and explorer, returns to his home land of Thessaly after a long voyage to claim his rightful throne. He learns, however, ...
AdventureFamilyFantasy

IMDb: 7.7 1962 151 min 670 views
A con man comes to an Iowa town with a scam using a boy’s marching band program, but things don’t go according to plan.
ComedyFamilyMusic

One Hundred and One Dalmatians

One Hundred and One Dalmatians

IMDb: 7.2 1961 79 min 972 views
When a litter of dalmatian puppies are abducted by the minions of Cruella De Vil, the parents must find them before she uses them for a ...
AdventureAnimationComedyFamily

IMDb: 7.2 1960 126 min 753 views
After being shipwrecked, the Robinson family is marooned on an island inhabited only by an impressive array of wildlife. In true pioneer spirit, ...
AdventureFamily

IMDb: 7.3 1959 75 min 1209 views
A beautiful princess born in a faraway kingdom is destined by a terrible curse to prick her finger on the spindle of a spinning wheel and fall ...
AnimationFamilyFantasyFeaturedRomance

Journey to the Center of the Earth

Journey to the Center of the Earth

IMDb: 7.1 1959 132 min 733 views
An Edinburgh professor and assorted colleagues follow an explorer’s trail down an extinct Icelandic volcano to the earth’s center.
AdventureFamilyFantasy

Around the World in Eighty Days

Around the World in Eighty Days

IMDb: 6.8 1956 167 min 721 views
Based on the famous book by Jules Verne the movie follows Phileas Fogg on his journey around the world. Which has to be completed within 80 days, ...
AdventureComedyFamilyFantasyRomance

Lady and the Tramp

Lady and the Tramp

IMDb: 7.3 1955 76 min 1356 views
Lady, a golden cocker spaniel, meets up with a mongrel dog who calls himself the Tramp. He is obviously from the wrong side of town, but ...
AnimationFamily

IMDb: 7.3 1953 77 min 1269 views
Leaving the safety of their nursery behind, Wendy, Michael and John follow Peter Pan to a magical world where childhood lasts forever. But while ...
AdventureAnimationFamilyFantasyMusic 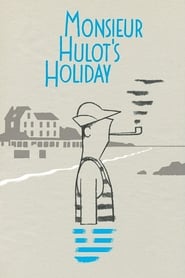 IMDb: 7.6 1953 84 min 715 views
Monsieur Hulot comes to a beachside hotel for a vacation, where he accidentally (but good-naturedly) causes havoc.
ComedyFamily

IMDb: 7.4 1951 75 min 1257 views
On a golden afternoon, young Alice follows a White Rabbit, who disappears down a nearby rabbit hole. Quickly following him, she tumbles into the ...
AdventureAnimationFamilyFantasyFeatured

IMDb: 7.9 1947 96 min 801 views
Kris Kringle, seemingly the embodiment of Santa Claus, is asked to portray the jolly old fellow at Macy’s following his performance in the ...
DramaFamily

IMDb: 8.6 1946 130 min 1081 views
George Bailey has spent his entire life giving of himself to the people of Bedford Falls. He has always longed to travel but never had the ...
DramaFamilyFantasyFeatured

IMDb: 7.3 1942 70 min 1282 views
Bambi’s tale unfolds from season to season as the young prince of the forest learns about life, love, and friends.
AnimationDramaFamilyFeatured

IMDb: 7.3 1941 64 min 1200 views
Dumbo is a baby elephant born with oversized ears and a supreme lack of confidence. But thanks to his even more diminutive buddy — Timothy ...
AnimationFamily

IMDb: 7.5 1940 88 min 2009 views
Lonely toymaker Geppetto has his wishes answered when the Blue Fairy arrives to bring his wooden puppet Pinocchio to life. Before becoming a real ...
AnimationFamily 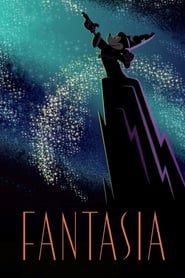 IMDb: 7.8 1940 124 min 925 views
Walt Disney’s timeless masterpiece is an extravaganza of sight and sound! See the music come to life, hear the pictures burst into song and ...
AnimationFamilyMusic

The Wizard of Oz

The Wizard of Oz

IMDb: 8.1 1939 102 min 1451 views
Young Dorothy finds herself in a magical world where she makes friends with a lion, a scarecrow and a tin man as they make their way along the ...
AdventureFamilyFantasyFeatured

Snow White and the Seven Dwarfs

Snow White and the Seven Dwarfs

IMDb: 7.6 1937 83 min 1217 views
A beautiful girl, Snow White, takes refuge in the forest in the house of seven dwarfs to hide from her stepmother, the wicked Queen. The Queen is ...
AnimationFamilyFantasyFeatured